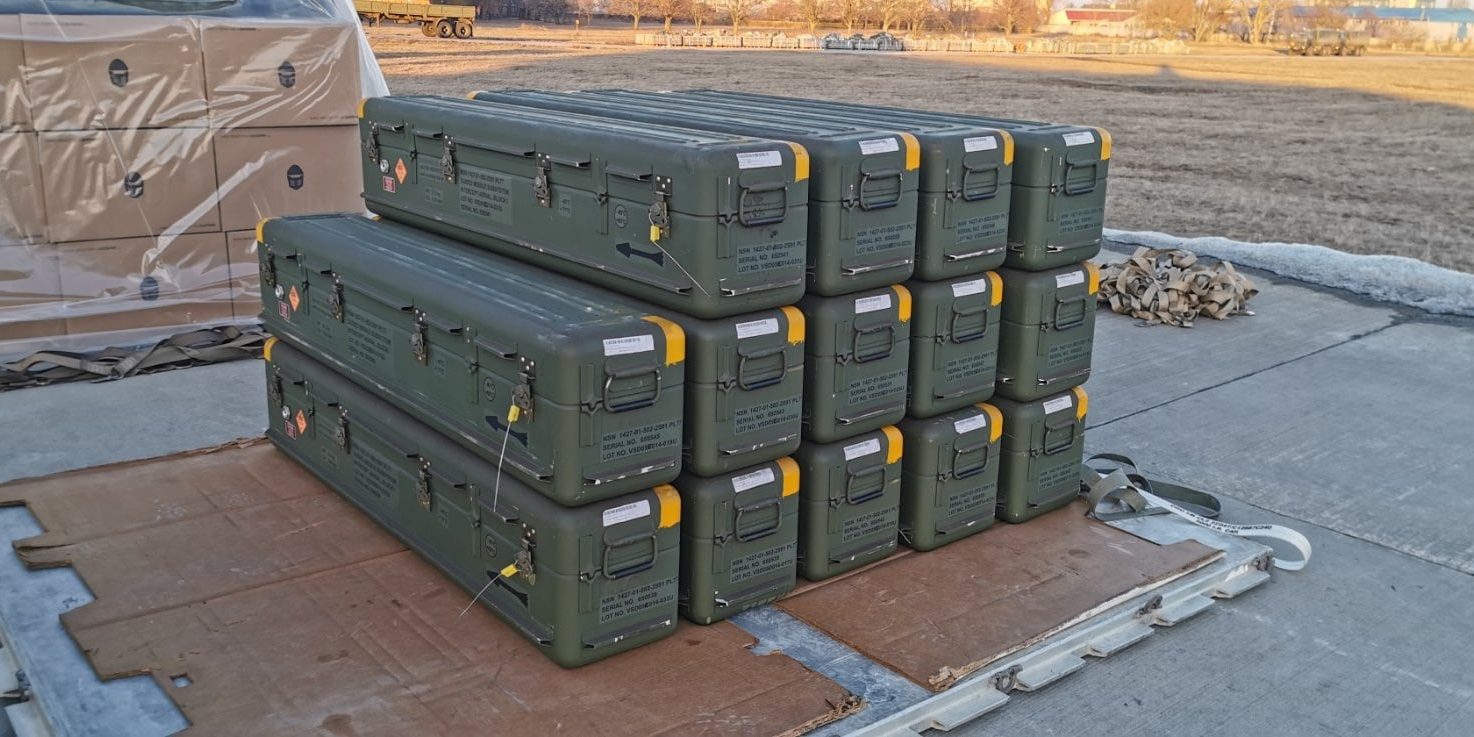 While deliveries of military aid pledged by allies to Ukraine continue to gather pace as warnings by Western officials of an imminent Russian invasion grow ever more shrill, financial support in the form of loans from allied governments has also begun to accelerate, bolstering Ukraine’s economy in the face of investor uncertainty fueled by the warnings.

The European Parliament approved on Tuesday a 1.2 billion euro ($1.36 billion) package of emergency loans and grants for Ukraine, the latest and largest offer of financial support made to Kyiv during the current crisis. The package had been proposed by the European Commission in late January, with Commission President Ursula von der Leyen saying at the time that the “rapid disbursement” of an initial 600 million euros could be made, should Parliament approve the package.

The approval of the EU package comes shortly after the United States’ announcement late on Monday that it was offering a sovereign loan guarantee of up to $1 billion to Ukraine. Secretary of State Antony Blinken said that the loan guarantee would “bolster Ukraine’s ability to ensure economic stability, growth, and prosperity for its people in the face of Russia’s destabilizing behavior”, noting that the US had given Kyiv three separate sovereign loan guarantees also worth up to $1 billion each between 2014 and 2016, during the height of the War in Donbass. In a statement, Blinken added that the Export-Import Bank of the United States intended to make a further $3 billion available for “procurement of U.S. goods and services for projects in Ukraine”.

Earlier on Monday, Canadian Prime Minister Justin Trudeau announced that Canada would be offering Ukraine a loan of up to CA$500 million ($393 million), alongside lethal equipment and ammunition worth CA$7.8 million to be supplied to Ukraine’s military. At a press conference, Trudeau said that the financial and military aid from Canada and other partners was intended to “dissuade Russia from pursuing its aggression towards Ukraine”.

Germany also announced that it was offering Ukraine a loan of 150 million euros during a visit by German Chancellor Olaf Scholz to Kyiv on Monday, where he met with Ukrainian President Volodmyr Zelensky. Scholz, however, declined comment on whether Berlin would terminate the Nord Stream 2 gas pipeline project if an invasion started, telling reporters that the German government was still coordinating with its partners on a sanctions package.

The offers of fiscal aid follow Ukrainian efforts to stabilize its economy, with the infrastructure ministry announcing the creation of a $590 million fund to insure civil aircraft flying through Ukrainian airspace in response to reports that insurers would no longer cover airline flights over Ukraine. London-based reinsurance giant Lloyd’s has since told Reuters that war risk insurance cover for aircraft flying into or through Ukraine is now being negotiated between insurers and airlines on a rolling basis, with intervals as short as 24 hours. Zelensky has publicly complained about the “destabilization of the internal situation” he blames on media quoting Western officials warning of an imminent invasion, saying that the Ukrainian economy did not need the “panic” the reports have caused.

While deliveries of equipment and weaponry like Stinger short-range shoulder-fired surface to air missiles as well as Next Generation Light Anti-tank Weapon and Javelin anti-tank guided missiles hog the media limelight, the provisioning of financial aid could prove just as critical for Kyiv in the coming days and weeks. Should an invasion mercifully not materialize and tensions ease, the financial aid from allies will play a crucial role in stabilizing Ukraine’s economy while foreign investor confidence slowly returns.

However, even if an invasion does not materialize like with the April 2021 buildup of Russian military equipment and personnel on Russia’s borders with Ukraine, there is nothing stopping Moscow from repeating such buildups in the future, with each successive buildup coming ever closer to assembling a literal turn-key invasion force permanently parked on the border. As exemplified by the current crisis, the presence of Russian forces seemingly poised to strike at a moment’s notice has spooked foreign investors and companies, allowing Moscow to grind down Ukraine’s economy even without issuing the order to start the assault.

If the end goal of the Kremlin is indeed a slow death for Ukraine’s economy by deliberately keeping tensions too high for most foreign investors, the fiscal aid from Ukraine’s allies becomes just as critical for Kyiv as the military aid. While the military aid builds military deterrence by improving the odds for Ukrainian troops on the frontlines, the loans will be a powerful show of confidence in Kyiv, reassuring foreign investors concerned for the safety of their investments.